by The FSC team
5 min read
We held a regulatory and economic Outlook 2023 with the Financial Markets Authority (FMA) and economist Mark Lister, Investment Director at Craigs Investment Partners on Wednesday 25 January 2023.
Organisations attended an in-depth breakfast session on  at the Cordis Auckland, with the opportunity to ask questions, receive future-focused insights and network with the sector while fresh in the new year.

The FMA's Chief Executive Samantha Barrass, Director of Banking and Insurance Conduct Clare Bolingford and Director Investment Management and Acting Director, Capital Markets Paul Gregory gave an update on the expansion of the FMA’s mandate, the results of their 2022 work and their priorities for 2023.

Following the FMA update, Mark Lister, Investment Director at Craigs Investment Partners, delivered his economic keynote for the year and beyond.

The recording will be made available soon.

She joined the Reserve Bank of New Zealand as an economist in 1988. In 1993 she moved to London to attend the London School of Economics where she was awarded an MSc in Economics. In 1995 she joined the Financial Services Authority in London (now the Financial Conduct Authority) which was responsible for the prudential and conduct of business regulation of the UK financial markets. She served successively as an Economist, a Supervisor in the Markets and Exchanges Division and a Manager in Conduct of Business Regulation.

Between 2005 and 2009, Samantha was a Director at the London Investment Banking Association where she worked on behalf of investment banks to develop and implement strategic advocacy programmes with the UK, EU and other national governments and national and international regulatory bodies. In 2009 Samantha took her regulatory knowledge and skills from the financial to the legal sector when she was appointed as an Executive Director at the Solicitors Regulation Authority with responsibility for leading the SRA’s work to transform the regulation of solicitors. This was the most significant element of the transformation of the legal services market in England and Wales enabled by the UK Legal Services Act 2007. It included implementing a new regulatory regime allowing for non-lawyer investment into, and ownership and control of law firms.

This period was characterised by the significant global and EU regulatory reform in the wake of the 2007/08 financial crisis. Between 2014 and 2019 the GFSC secured the confidence of governments and regulators in key export markets that Gibraltar was implementing these reforms in substance as well as form.

During this period the Commission also developed and implemented the first comprehensive international regulatory regime for firms using distributed ledger technology to hold and transfer value. These successes required strong connections with regulators in other markets, particularly in the UK and Europe but also further afield. They also saw the Commission expand substantially in terms of staffing and capability.

Between 2018 and 2019 Samantha, with the support and approval of the Gibraltar Financial Services Commission’s Board, served as a member of PwC (UK)’s Public Interest Body, responsible for independent oversight of PwC (UK)’s approach to protecting the public interest in its activities in the UK economy. Samantha stood down from this body on her appointment as Chief Executive of the Business Banking Resolution Service (BBRS) in November 2019.

As CEO of the BBRS, Samantha was appointed to lead the establishment of a non-statutory alternative dispute resolution scheme for banks and their larger SME customers. The scheme was a response to concerns, which began to surface as a result of the financial crisis, over the way banks had treated their SME customers. Because the scheme did not have statutory backing, the task involved complex negotiations with banks and the SME sector, and attracted close political and regulatory scrutiny. The scheme was launched in February 2021 with business body and political cross-party support in all nations of the UK. Having led the establishment of the BBRS, Samantha stood down to take a planned break, including taking time to pursue her interest in theatre.

Mark is Investment Director for Craigs Investment Partners, and is a member of the company's Executive Committee.

He joined Craigs in 2004, having worked in the electricity sector before this. He started as an equity analyst, before leading the Private Wealth Research team from 2007 until 2022 and focusing on economics, portfolio strategy and investor education.

He spends much of his time engaging with a wide range of clients across the Craigs network, interacting with media organisations, as well as supporting other departments and the broader Craigs leadership team. 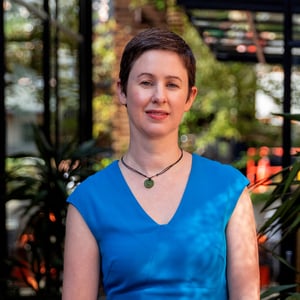 Clare is leading the implementation of the new conduct regime for banks, insurers and non-bank deposit takers at the Financial Markets Authority. Clare previously worked for the Financial Conduct Authority in the UK for almost 20 years in a variety of policy, change implementation and supervision roles, including oversight of large banking groups and financial advisers. She also spent two years at the UK Treasury, leading capital markets and prudential policy.

Paul is responsible for the FMA’s strategy and approach to investment management providers and products, including KiwiSaver. His experience includes Chief Operations Officer at PIE Funds, positions in the investment and communications teams at the New Zealand Superannuation Fund, and communications management roles at Macquarie Group, SKYCITY and Westpac.

About the FSC's Outlook series:

Our Outlook series of events engage regulators and politicians in conversations about the future of the financial services industry in New Zealand.